Warning! It seems your browser does not accept cookies. Please enable your browser to accept cookies from this site.
Ramanwadi - Our First Project
Our work is to build Ramanwadi community into self-sufficient unit & help the community by providing know-how, inspiration, counseling, manpower, materials & funds. Today Ramanwadi has become a role model for other villages to follow.

Our Project Vision And Approach For Ramanwadi

Venu-Madhuri’s constructive plans for Ramanwadi are – to work towards development of Ramanwadi and its community into a self-sufficient unit, which will serve as a model for other villages to follow.

Venu-Madhuri’s emphasis will be on providing relevant education, training, know-how, inspiration, counseling and other need-based services.

Thus Venu-Madhuri’s role will be that of social catalyst, stimulating and encouraging the villagers not only as beneficiaries but to be partner, in all developmental activities.

Village Ramanwadi (56 houses with 360 heads) comes under heavy rainfall area (Average rainfall 3818 mm, with 120 rainy days) is situated on Sahyadri ranges (Western Ghats). Ramanwadi is located off the road in isolated forest region where the basic facilities like road, health center, secondary education, market are still missing. For basic requirement like matchstick or salt villagers, walk three km down and up the hill. Several cases of emergency pregnant ladies being carried through bullock cart got delivered in the cart causing fatal treat to baby and mother.

is Ramanwadi although located in heavy rainfall area faced water crises for drinking during March to May and for irrigation for eight months of non-monsoon. Monsoon based agriculture by growing paddy and finger millet was part source of sustenance. Other than the 4 months of monsoon based agriculture, for livelihood villagers use to depend on forest by collecting non-timer forest produce or fuel wood and timber for the industrial need. The family head use to migrate for work as labor on power loom at Ichalkaranji (85 km from Ramanwadi). One of the prominent reasons for the water crises is heavy deforestation of the area. Forest cover always acts as sponge for holding water and binding soil together. Many villagers use to do illegal timber cutting as a source of livelihood 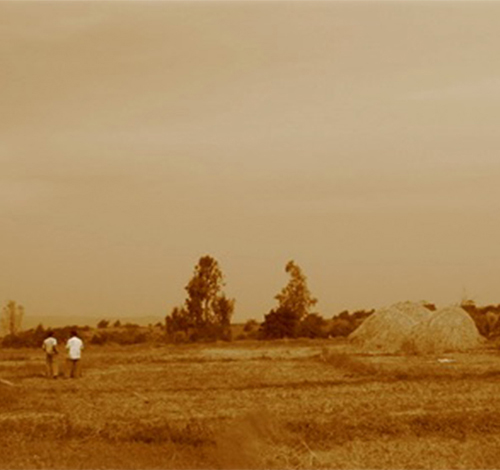 When we adopted Ramanwadi village a benchmark survey was carried to note the situation and to plan strategy at Ramanwadi. Areas analyzed were water, health, economics, agriculture, animal husbandry, education, environment and social conditions. Our area wise survey findings were highly alarming as briefly mentioned below

Ramanwadi receives an average of 4000 to 4500 mm of annual rainfall, yet the paradox at Ramanwadi and other villages was water scarcity for agriculture after November and drinking water scarcity March onwards.

The water scarcity for agriculture had led villagers either to migrate to city for livelihood or work as labor on others farms at distant place or depend on forest resource.

Degradation of reserve forest was rampant as that’s was only source for livelihood generation for several families.

90% plus school going children were malnourished. For higher secondary education kids were forced to walk 8 to 10 km through rough terrain. Youth and elders were in strong grip of harmful addictions.

Villagers had left their cattle unattended in reserve forest because of its unproductive use.

Fight over water, caste and politics were extremely high at Ramanwadi leading to frequent complains at police station.

Villagers were only able to practice monsoon farming for four months. The use of chemicals in farms had already made a way. Levels of soil erosion were noted very high. 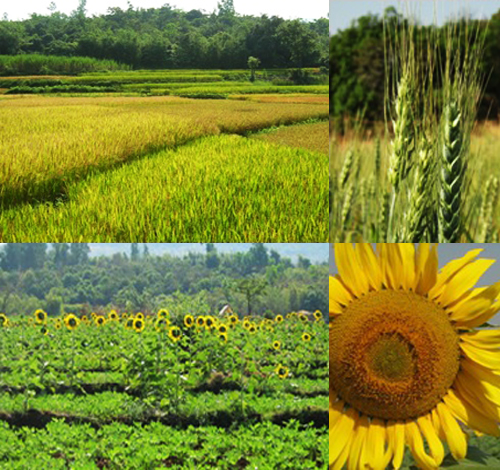 Venu Madhuri with villagers completed three projects. First one was a percolation tank on a stream in 2003, and two irrigation projects in 2004 and 2006.

As a result of the work today Ramanwadi has 50 acres of land under perennial irrigation. The irrigation projects have benefitting 40 families.

Sugarcane cutting labor of worth Rs 80,000 is generated every year at village. With sugarcane villagers grow oilseeds, vegetables, and millets for personal consumption and surplus goes for market sale.

Irrigation project has changed the economy of the region. Details of our projects -

The first project was completed in 2004. In which a perennial stream was tapped and the water is channelized through a three inch PVC pipe of 2700 feet length.

After the success of first project, the second project was planned on the same principles and got completed in 2006. 9500 feet PVC pipeline of 4 inch diameter was laid to carry water from perennial stream.

We help to preserve and protect by various pure, indigenous breeds of cattle, particularly ones that are currently endangered.

We Encourage and train villagers and rural communities into development of various traditional skills, sciences, arts and craft.

We impart knowledge of traditional sciences in different areas, value based character-building education to students.

We have taken one step towards preserving not only the Village Culture but also making it self sustainable. Another Step is requested from your side. You can extend your help by either associating with us, by buying our cottage industry products and by helping us financially.